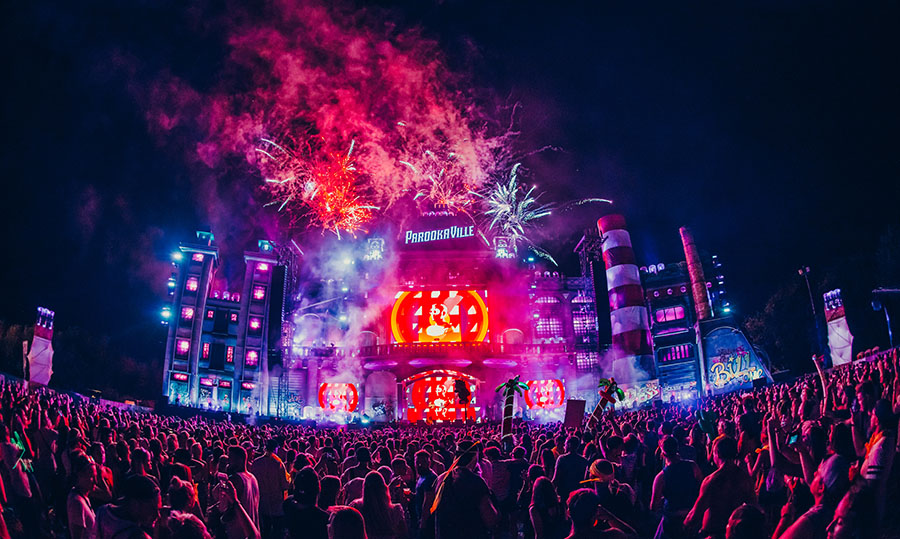 Short Info:
PAROOKAVILLE is Germany’s biggest Electronic Music Festival. But it’s not a conventional music festival! Instead it’s a crazy city that awakens once a year as the world’s most festive place.
5th Anniversary: Since its inception in 2015 PAROOKAVILLE has been sold-out year after year as a hugely successful show concept in Germany’s Lower Rhine region.

The first PAROOKAVILLE back in 2015 debuted with 25,000 “Citizens” occupying the former military site at Weeze Airport. Advance sales for the 2016 festival were closed out within 72 hours with all 50,000 tickets sold, and the following year in 2017 all 80,000 tickets were SOLD OUT in only 48 hours. In 2018 and 2019, 95% were already gone within only a few hours. A contingency of final tickets for latecomers is still available. With a record like this, the hometown of PAROOKAVILLE’s (fictitious)
founding father Bill Parooka continues its ascent into the festival Champions League and maintains its status as one of the largest music festivals in Europe!

In mid-July of this year PAROOKAVILLE will once again open the gates to a new world for 85,000 electro and dance fans. Over the course of three full show days featuring more than 200 artists a real city, even with its own different city districts, is
set to emerge for a long weekend of dance celebration.
The Downtown area is equipped with features including a Post Office with its own postage stamp for sending greetings back home. The lottery that offers daily prizes for PAROOKAVILLE’s lucky citizens and the Foam Partys at the Brainwash with its
electrifying beats. 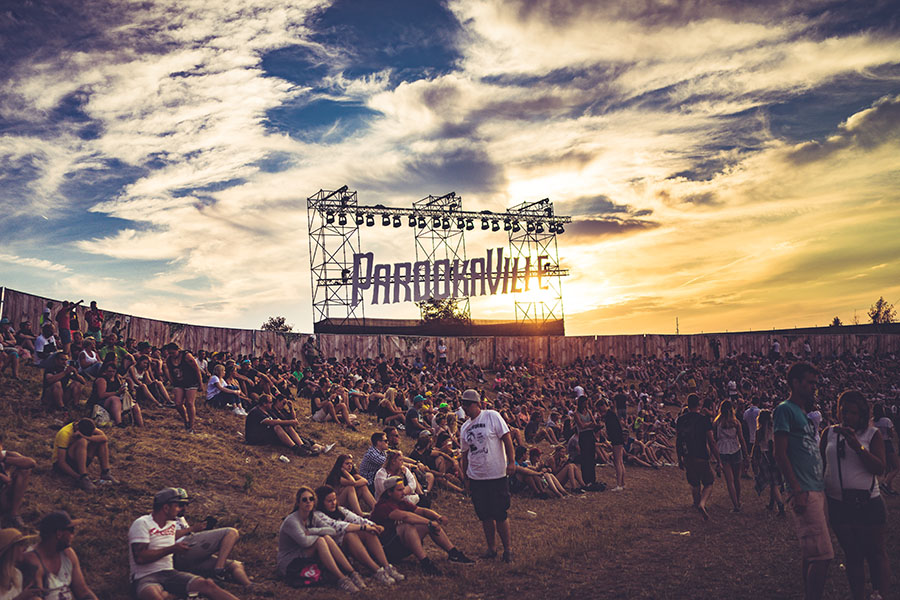 In District One you find PAROOKAVILLE’s cult stage Bill’s Factory. Right next to it is the Warsteiner Church - based on the slogan :“ Marry who or what makes you happy“. After the wedding you can seal your love at the notorious jail with a real tattoo made by one of our tattoo artists. Oldtown provides some stylish Food-Courts, a Shopping Boulevard, a breathtaking
city forest as a gorgeous place to relax – and the most important part: the city hall. Because here the citizens of PAROOKAVILLE come along to pick up their passports
for visa entries for the following festival editions!

„The home of the brave“, the generous campsite with its two completely equipped Penny Supermarkets, is right next to the Desert Valley. This is the part of the city with some beach & chill out areas, unique art figures and the passionate Caribbean Sound of the Casa Bacardí that gives you the ultimate holiday feeling with Caribbean flair in the city center of PAROOKAVILLE.
PAROOKAVILLE’s Mainstage is redesigned each year and it topped all of Europe’s festivals in 2018 as the largest festival stage on the continent. For three nights this year’s Mainstage will host an array of top artists including The Chainsmokers, Dimitri Vegas & Like Mike, Armin van Buren and Salvatore Ganacci. Global stars and newcomer acts alike will once again join with thousands of fans to celebrate the festival motto first coined by the time-travelling architect Bill Parooka:
“May madness, love and pure happiness rule this city”.

Die neusten Around The World Galerien